Ekiti Kete Canada Inc (Relief Services) is a charitable organization located in Toronto, Ontario, Canada founded in 1998 with the purpose of providing social, moral, intellectual, and recreational support to her members and Greater Toronto Area community, and to foster cultural development of individuals through classes, workshops, youth camp and excursion programs.

The organisation on the 9th of February 2020 swore in a new set of Executives to pilot the affairs of the association.The erstwhile president Mr. Olumuyiwa V. Olaniyan whose tenure was characterised with laudable projects and successful events used the swearing in ceremony to reiterate his continuous support for the association.

The immediate past cabinet members include the following.


The Board of Directors led by an Elder Statesman in the community and pillar of the association Mr, Olatoye used the opportunity to call on all Ekiti kete Canada members to unite and support the new administration.He added further, that Ekiti Kete Canada Inc. (Relief Services) Association membership is opened to everybody who is Ekiti by birth (through one of either parent); by marriage (married to an Ekiti indigene); by adoption (one of the adoptive parent is an Ekiti indigene). Furthermore, the binding laws as regulated in the Constitution of the Organization have to be accepted.

While speaking, he added that the mission of the association which is to bring together all Ekiti Sons and Daughters as one, to organize ourselves into one body for the purpose of contributing our own quota towards the development of our great state (Ekiti State) and also for the benefit of our members here in Canada individually and jointly, to constitute ourselves into a non-partisan body/entity, make and work together as a Team, must be the priority of this administration.

The newly elected cabinet members led by Mr. Anthony Ademola Adesina  a professional business analyst,Financial advisor,compere and mentor promised his tenure will leverage on the achievements of the previous administration and ensures that Ekiti Kete Canada moves further.


He reiterated the objectives of the organisation to include the following:
To unite for the purpose of advancing the cause and progress of our Association and amongst the rank and file of Ekiti sons and daughters, resident in any part of Canada.
To work with other Ekiti organizations all over the world, to promote peace, ensure stability and unity of purpose for all Ekiti State interests.
To engage in activities, anywhere in the world, that promotes and ensures unity, social justice, and protects the interests of Ekiti State.
To undertake specific projects in Canada or any part of the world, beneficial to Ekiti State and aimed at her development and growth.
To promote and sustain Ekiti Cultural Heritage through educational and socio-cultural programs.
To create and maintain a forum for exchange of ideas, effective dissemination of such ideas and frank discussion of issues aimed at contributing our own quota, towards proffering workable solutions to problems facing Ekiti State.

The newly sworn in Executive members include.

Xphrame Media updates uses this medium to congratulate the newly sworn in Executives and wish them an impacting tenure. 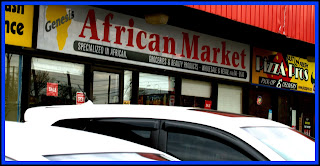