TAMPAN,CANADA CHAPTER HOLDS HER MAIDEN MEETING AMIDST A LOT OF MATTERS ARISING.


TAMPAN,CANADA CHAPTER HOLDS HER MAIDEN MEETING AMIDST A LOT OF MATTERS ARISING.

The Theatre Arts and Motions Pictures Practitioners Association of Nigeria have added to her feather another International Chapter. After Chapters in USA, UK, South Africa, Egypt, Cote d'Ivoire and Dubai comes the birth of the Canadian Chapter. 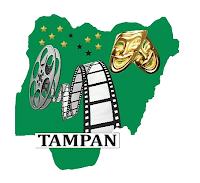 ABOUT TAMPAN
Theatre Arts and Motion Pictures Producers Association of Nigeria (TAMPAN) became a child of necessity whose delivery couldn’t wait for one more minute after it became clear that those who we, the real practitioners in theatre mingled with had more time for irrelevancies than the profession we all claim to practice. The propagation and Projection of the ethos and ethics of the trade we ply forced spirited consultations among the real professionals and the living fathers of theatre at the time like Alagba Adebayo Faleti, OON (now of blessed memory) Late Moses Adejumo Olaiya, MON (Baba Sala), Chief Akin Ogungbe (also of blessed memory), Pa Tunbosun Odunsi, Chief Mrs. Abiodun Duro Ladipo and a host of others. Those series of consultations eventually climaxed in an emergency meeting of all stakeholders of the industry (numbering over 200) at Ikorodu, the country home of one of Nigeria’s theatre legends of imperishable stardom, Otunba Adebayo Salami (Oga Bello). The result of that emergency meeting of February 2014 gave birth to TAMPAN.

It will be too early to pass assertions and form opinions about the Canada chapter as today being the 12th day of October 2019 was the first meeting of the Chapter, it had in attendance about 20 practitioners.

The meeting which took place at the Place Restaurant 2400 Finch Avenue West was convened by Lola Alao a Nollywood actress. Lola Alao is an actress with credible local and international credits which has earned her many laurels and awards. Lola Alao is known for her epic roles in Ewe koko (2006), 5 & 6 (2004), Onilara (2008) and many others.

The meeting which started slightly behind schedule was a smooth one except for some issues of personal interest and counter opinions. It was successful with deliberations, projections and consensuses.
The future looks bright with the retinue of like minds and we are optimistic variances in opinions will be addressed with the constitution as the overall standard said a practitioner.
We had a brief interview with one of the attendees who preferred to by anonymous: He said though they were some arguments at certain points of the meeting, it was in the long run a very successful meeting.

He said among matters arising in the meeting were deliberation on the Associations membership fees, next meeting date, productions in view, advice on best practices et al.
He concluded that with the caliber of experienced theatre arts practitioners who attended: E.g. Isoken Ibie an experienced Actor and producer with a demonstrated history of working in the entertainment industry and the likes of Akeem Ogunmilade a 2 times State Governor of the National Association of Nigerian Theater Arts practitioners-Ekiti State Chapter, Temidayo Enitan and a host of others, a bright future awaits the chapter.
Xphrame Media updates will keep you posted on the New International Chapter growth. We say congratulations to all who graced this maiden meeting and we wish TAMPAN Canada Chapter the very best.