What is the noise all about Felabration? How true is it? What is Felabration all about?
These and many questions have come to our attention from our numerous Nigerian Canadians who have seen various invitations on different platforms about Felabration, so Xphrame Media updates decided to shed light on the idea, rationale and expectations for this epic concept. 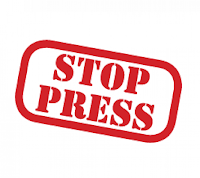 WHO IS FELA ANIKULAPO KUTI?
Musician and political activist Fela Kuti was born Olufela Olusegun Oludotun Ransome-Kuti on October 15, 1938, in Abeokuta, Nigeria. Kuti was the son of a Protestant minister, Reverend Ransome-Kuti. His mother, Funmilayo, was a political activist.
Fela Kuti pioneered his own unique style of music called "Afrobeat." Rebelling against oppressive regimes through his music came at a heavy cost. Kuti was arrested 200 times and endured numerous beatings, but continued to write political lyrics, producing 50 albums before he died on August 2, 1997, in Lagos, Nigeria. 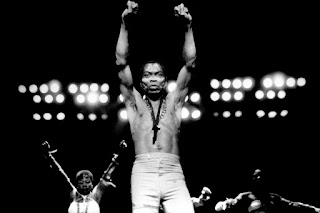 As a child, Kuti learned piano and drums, and led his school choir. In the 1950s, Kuti told his parents that he was moving to London, England, to study medicine, but wound up attending the Trinity College of Music instead. While at Trinity, Kuti studied classical music and developed an awareness of American jazz. 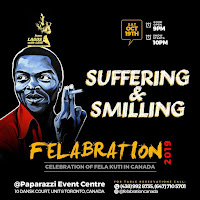 WHAT IS FELABRATION?
Felabration is an annual music festival conceived in 1998 by Yeni Anikulapo-Kuti in memory and celebration of her father Fela Kuti, a Nigerian musician and human rights activist known for pioneering the Afrobeat genre of music. The one-week-long event which is held annually at the New Africa Shrine in Ikeja attracts visitors from different countries and has thus been considered as an official tourist destination by the Lagos State Government.

FELABRATION IN CANADA.
Fela remains a living legend and a household name that all Fun loving Nigerians all over the world love to celebrate because of his dramatic life and times. He was a Caesar in his own realm. Nigerian Canadians will be enjoying a uniquely package night of Fun to celebrate the Legend on the 19th of October 2019 at the Paparazzi Event center by 9pm.
The event will feature outstanding artistes in the community who will be assigned live performances and tracks of the legend.

The list of performing African talents to host the night include Baggotee, Khoje, Aj Style, Mister Dre, MC. c-no-man, Dj mike, Dj Havil, Dlimit, Dj Berak, DJ Olar and a host of others. It promises to be a loud night of fun with an African setting portraying the typical Fela’s Afrikaans shrine scenario.
The organizer of the event who prefers to be called the convener describes the proposed event as an open for all event. He said Felabration in Canada is a collaboration of all those who believe in the fight and agitation of the legendary Fela Anikulapo Kuti.
He said it is our pride to celebrate our own Fela as Blacks and Nigerian even in Canada and it will be a litmus test of our unity in diversity.
He thanked the Xphrame media Team who visited him in office for the briefing and made a clarion call to all Africans in Toronto to come out on the 19th October 2019 to celebrate our own Abami Eda.
The event will hold at the Paparazzi event center starting by 8pm and a gate fee is $20 for Economy and $40 for Shakara table.
Tickets are available on www.ticketgateway.com/Felabration-Toronto 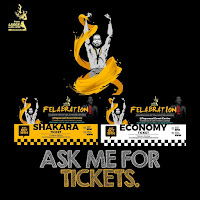 JOIN THE CONVERSATION
To be part of the conversation please click the snap chat link below and lend your voice to the event.

The CEO of Hunter TV, Alhaji Qasim Oderinde thanked the crew members for the visit and called on all fun loving Nigerian Canadians to make it a date.