In Nigeria, heterogeneous ethnic character and nature is the bedrock of cultural diversities along the line of cultural heritage, religion [belief], history, origin myth, indigenization among others, that bred 527 languages and 250 ethnic groups. For this reason, the ethnicity is such an inherited homogeneous identity based.
The major popular ethnic group has been defined as Hausa-Fulani, Yoruba and Ibo alongside their respective indigenous territorial boundaries. Every ethnic group defines her cultural value, religion and tradition. The statutory standard of customary laws is derived from indigenous traditional norms and rules that include dispute resolution meetings, religion and customary tradition of pre-colonial territorial independence.
CONSEQUENCES
Religion
Ethnic group capacity in the country [Nigeria] has grown to about 300 with diverse list of religious theology and doctrines. No doubt, Nigerian society is deep in religion and culture, such as Islam, Sharia, Pentecostal, Orthodox, Traditional belief; hence, freedom of association engenders an abuse of religious freedom in Nigeria as religious worshippers hold their religious leaders in high regard which in turn allows those leaders to act in accordance to the self-leading spirits by hypnotizing innocent and God fearing congregation. In other word, growing rate of religious activities and assumed civilization has not in any way hindered multiplying criminal acts.
Ritual
Ritual practices in Nigeria is gradually assuming an alarming rate with no substantial efforts from the authorities to curb the disturbing trend. It’s very surprising that many tribes in Nigeria [either Yoruba, Ibo or Hausa] worship peculiar gods according to their belief. In Yoruba land, there is still god of iron [Ogun], god of thunder [Sango], with oracle known as ‘Irumole’. The famous Okija shrine [god of Okija] is associated with Iboland in Ihiala local government area of Anambra State, Eastern part of Nigeria. Though, section 2 of the High Court law provided the term Native laws [Islamic Laws] including Sharia which has been bane of the Northerners in connection to Islamic killing like Boko Haram [terrorists]
Countless numbers of young girls have been defiled, widows [women] have also been abused, as well as brutal judicial killings, female genital mutilation, money ritual, human sacrifice, local shrines and abductions on the increase on daily basis with no levelling power by the government to thwart these criminal discoveries.
Although, ritual is influenced by belief that holds basis in the cultural and supernatural context, while family background, religious faith, theism, occultism plus cultural heritage are major in the traditional ritual in Nigeria. Till today, there is no part of the country that does not hold prevailing belief on ghost, charms and of course witchcraft. Consequent upon fetish myths and traditional rites, there are untold stories of many Nigerians such as: actors, actresses, politicians, bloggers (moanewsblog), news personalities and individuals to list few; who have made quick exit from Nigeria; ranging from gender, profession, tribe and religion. 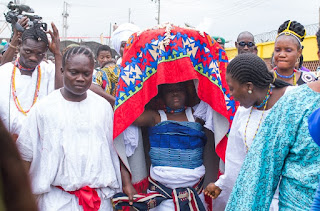 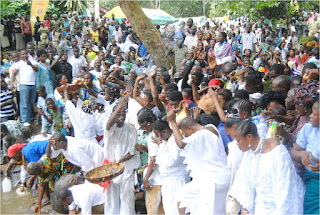 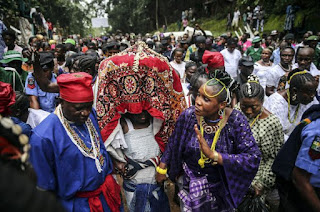 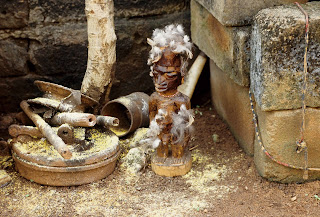 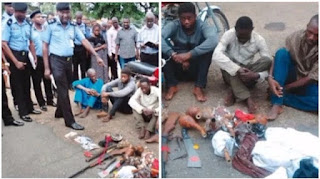